Framework International has a history of building schools in Ghana since 2004. We are a volunteer-driven organization and regularly report operating costs of 5% or less, ensuring that your gifts are used wisely. 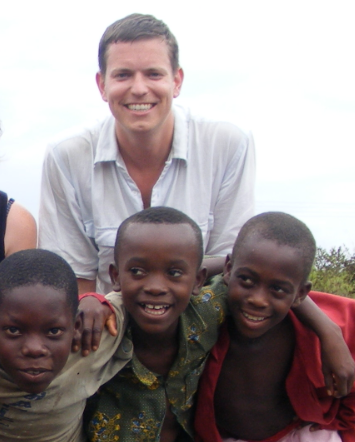 “Kids won’t have an education without us. We focus on building primary schools to build a foundation, ‘framework,’ for their lives.”

In January of 2004, Seth was part of a team of students from Linfield College that embarked on a month-long educational trip on national history in Ghana, which quickly became a lesson in humanitarian need. The students were catalyzed by two observations: the strength of the US dollar and children enthusiastic for an education. While there, the team was introduced to a school: it consisted of rickety canopy structure with a patchy roof and no place for children to study. Not long after their visit, storms completely destroyed the school leaving the children with no place to learn.

Upon the teams return home, and with the generous aid of Linfield's student body, where Seth served as student body president, the initial “Framework” team members raised the funds to construct a new six classroom school. This school, the Amonfro Primary School, still stands today and has served thousands of students in Amonfro, Ghana, motivated to learn since 2007.

Seth, a fifth generation Oregonian, grew up on a small farm outside of Hillsboro and spent most of his summers hiking and camping in the great outdoors. In addition to volunteering his time as Framework International’s Founder and Board Chair since 2009, Seth serves on the board of Oregon Wild. He is a licensed real estate agent based in Portland, Oregon. Prior to his successful career in real estate, Seth was active in state politics as a legislative adviser and campaign consultant. He attended the National League of Conservation Voters Environmental Leadership Institute and Linfield College, where he graduated with a BA in Political Science. 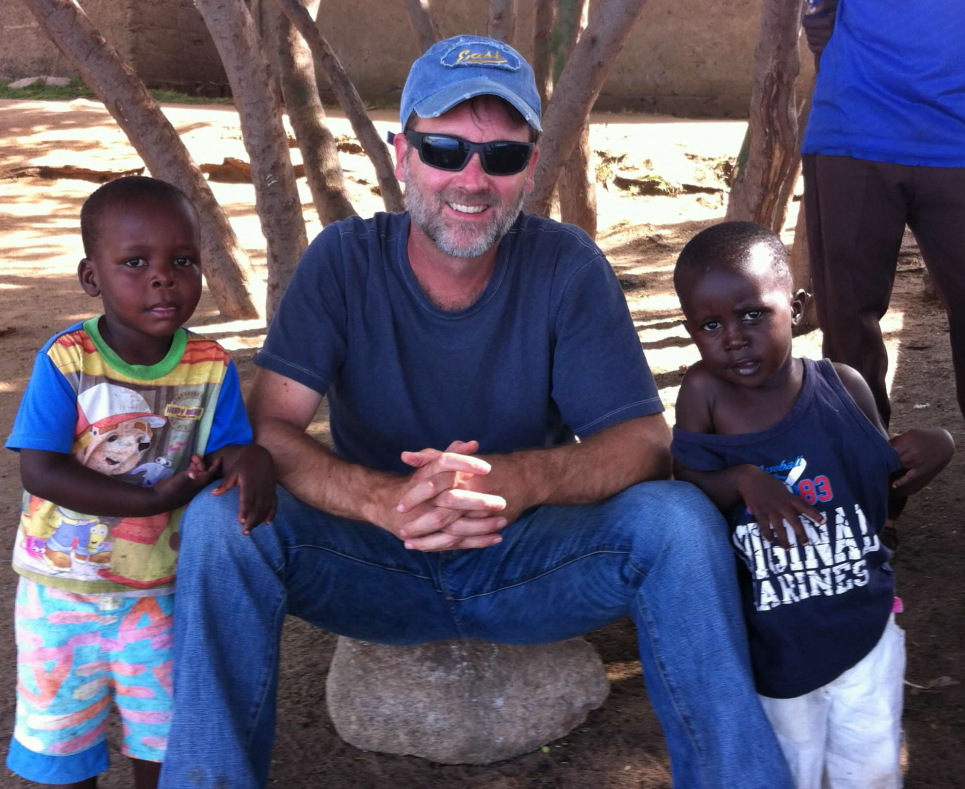 “Providing access to schools empowers not only children but entire communities.”

David joined the board and became board chair in 2021; he has served on numerous non-profit boards over the past two decades, including several years as board chair for Green Empowerment, which partners with local communities in developing countries to build sustainable water and energy systems. David developed a passion for work in Africa when he served as a Peace Corps volunteer in Senegal where he assisted local villages with community development projects. More recently, David and his wife and two children spent a year in Kenya in 2014/15 where he helped develop solar energy projects in remote rural villages. David and friends have sponsored a school lunch program in a rural maasai community for many years. The program has helped the school to become one of the strongest achieving schools in the region. David's other passion and day job is combating climate change. He has worked for over two decades as an attorney and a consultant assisting renewable energy and energy efficiency projects and policy development and was Governor Kulongoski's Renewable Energy and Climate Change Policy Advisor, where he led efforts to develop Oregon's major climate change related policies. 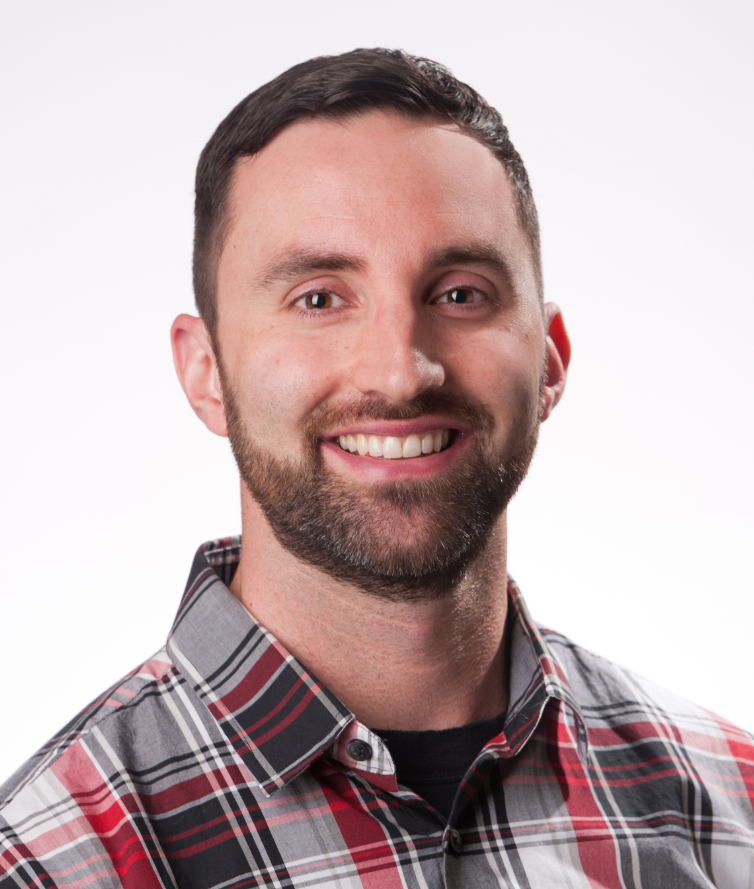 "Access to education is imperative to each child’s success, and Framework is able to directly impact communities in Ghana with every generous contribution."

Jonathan was born in Eugene and raised in Beaverton – a true Oregonian! Both his parents were lifelong six-grade school teachers; who demonstrated the value of an education and the importance of a strong work ethic to Oregon’s youth. He has visited numerous countries, seeing firsthand how impactful an education can be in places like Brazil and Spain. Jonathan is a licensed mortgage loan officer and has partnered with Seth in helping numerous homebuyers to make the financial dream of home ownership a reality. He attended the University of Arizona and Portland State University, graduating with a BA in Economics and Spanish. 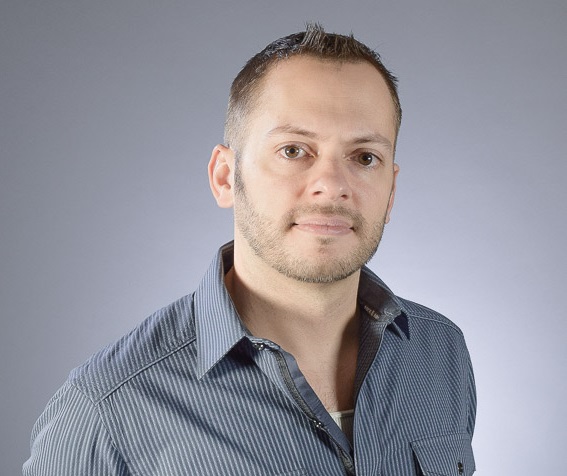 “Education is the most powerful weapon which you can use to change the world." —Nelson Mandela

Brian was born in Portland, Oregon and, from an early age, has always felt that access to quality education can be one of the most transformative ways to improve people’s standard of living. After meeting Seth while they both attended Linfield College, Brian continued to be inspired by the mission and accomplishments of the team at Framework International.

After studying in Europe during college, Brian developed a passion for travel, primarily with the people that are met and the experiences that are shared along the way. After graduating from Linfield College, Brian spent time living in Australia and Fiji before moving back to the United States and meeting his future wife. Since then Brian has traveled to 20 countries and 117 cities and strives to continually learn from and contribute to other cultures.

Brian has spent the past 15 years working to help businesses make better sense of their data through advanced reporting and analytics and is currently a Vice President of Data Sciences at Rand Group.

When Brian isn't helping people wrangle their data to make better sense of it, he can be found with his wife and two children in Portland, Oregon. He enjoys spending time outdoors, playing the guitar, and visiting "off the beaten path" spots in foreign places. 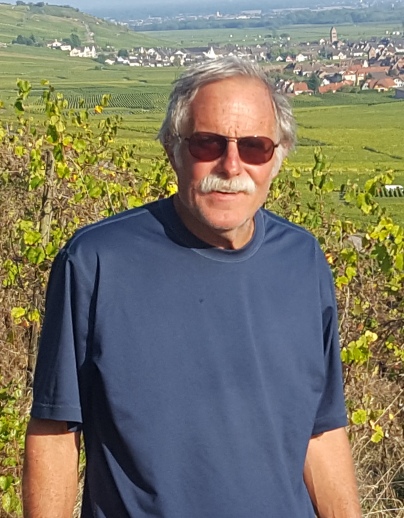 “Hard to describe the difference it makes to kids to transform a room with no walls and small tables into multiple classrooms with solid concrete walls, desks, and a real teaching environment. The look on the faces of the kids says it all.”

Ramsay was one of the first board members at Framework in 2010, and helped build its first school in Small London (near Accra) that November during a board visit to the village, combining pickaxe trenching with an occasional refreshment in 90-degree heat. That was the gateway to Framework’s continued delivery of safe and stable schools for local villages.

Ramsay has been committed to public service since his days as a Vista Volunteer, helping to establish an urban Indian Center in Milwaukee, Wisconsin, followed by 12 years as a Legal Aid lawyer representing low-income clients. As more of the class action and other litigation focused on policy change, he transitioned to spend 12 years working for local elected officials in Portland and Multnomah County, serving as Chief of Staff to a City Commissioner and overseeing the establishment of the non-profit community development sector. In subsequent years, he founded and later served for 13 years as Executive Director of the Community Housing Fund, a non-profit housing trust fund in Washington County. He retired three years ago, but continues to serve on several non-profit and governmental boards. He continues to seek opportunities to influence efforts to connect housing to health care, identify new sources of funding to expand the supply of affordable homes, and find time to spend with his two grandsons and travel the world. 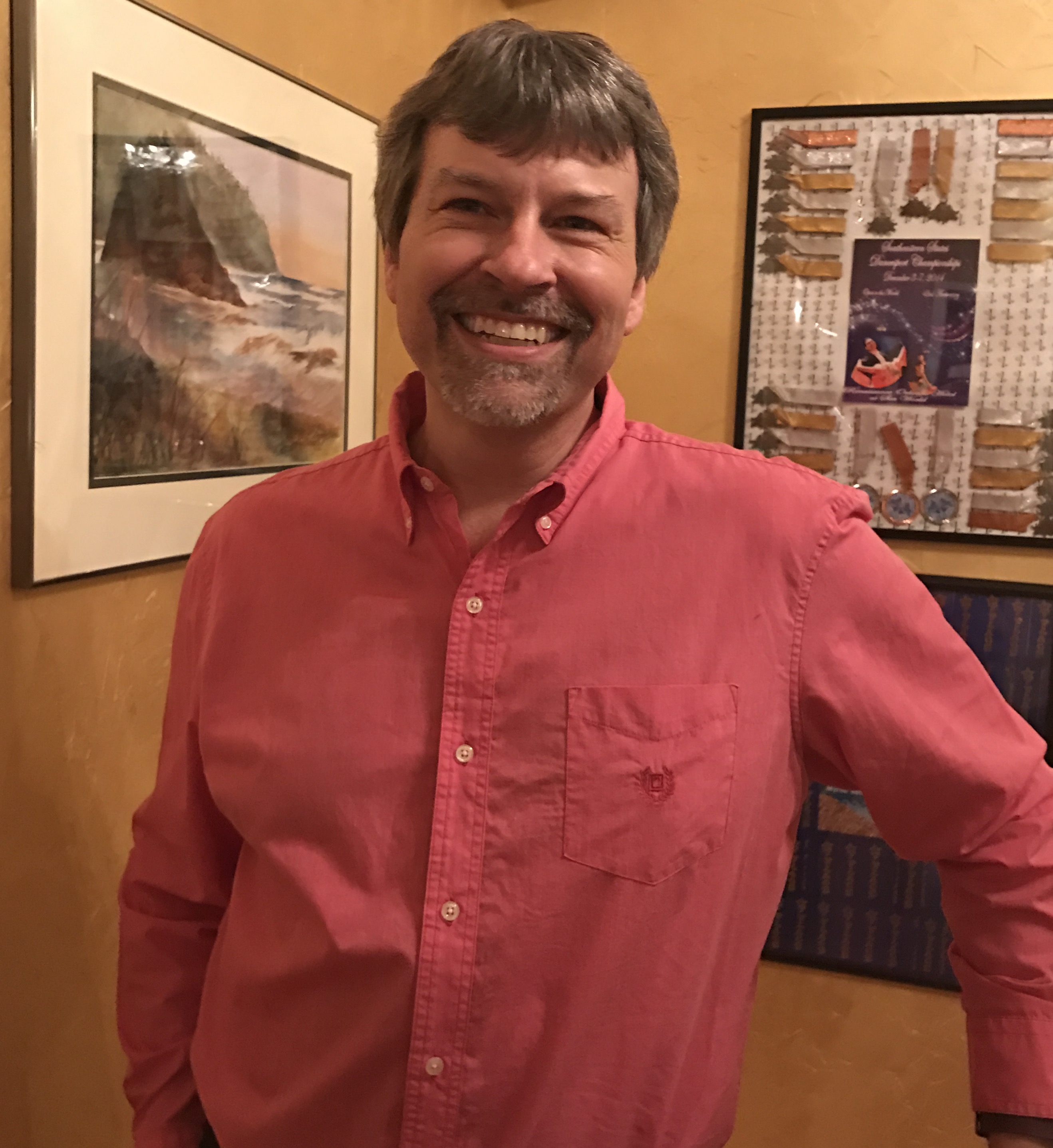 Alan has spent much of his life involved with charitable organizations, starting with Boy Scouts as a child, continuing with Rotary International, and most recently Framework International. He and his wife Pam joined Seth on the 2020 Framework trip to Ghana, where he participated in the official school opening of the Kwaman Primary School that was funded, in large part, by the Lake Oswego Rotary. 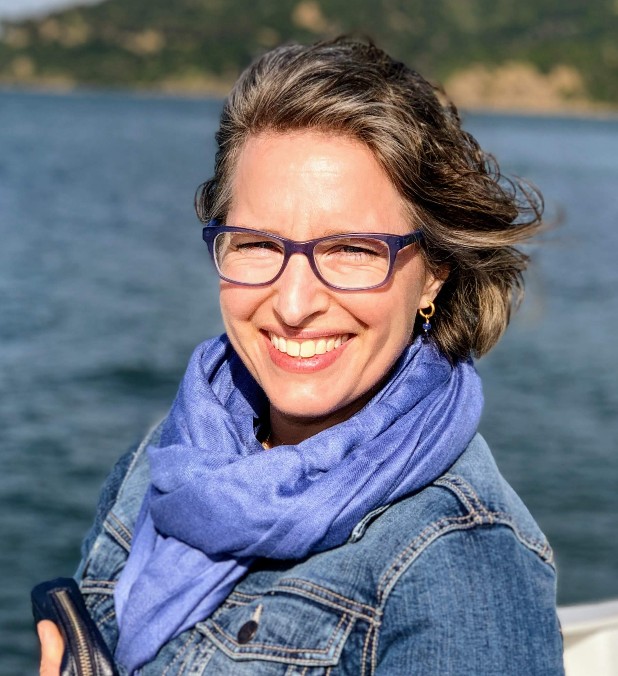 "Having schools in rural villages in Ghana is critical as it helps to prevent illiteracy among its children and gives girls the same opportunities as boys to learn."

The importance of an education and the love for the written word was instilled in Carey at a young age through her grandparents: a grandfather who was a high school teacher and grandmother who was a librarian. Through her work with Framework International, Carey's awareness of the inequality of learning opportunities Ghana's rural students encounter has grown – if there isn't a school in their village, kids can't travel (especially girls) outside their village to get an education. The government will provide these villages with a teacher, but the education process is hindered if students have to learn outdoors under the shelter of a tree or in a crudely-built structure. A school building provides a real solution that empowers the entire village – hiring local builders to work on the build, harnessing volunteer support from community members to assist in the build, and ultimately providing a stable school home for students to safely and joyfully learn in.

Over her 20-plus year career in fundraising, Carey has partnered with over 30 nonprofit organizations. She lives in Lake Oswego, Oregon with her husband and two children. 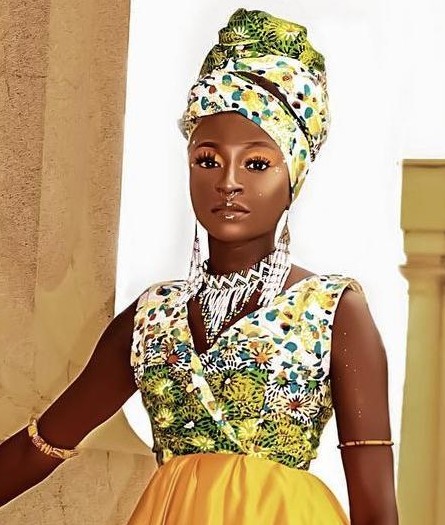 Esther Appiah’s passion for eradicating education inequality has led her to the shores of South Africa, Ghana, Côte d’Ivoire, and beyond. Her experience with international, U.S., and UK curricula has allowed her to educate students ranging from early childhood through university from the United States to Africa. More recently, as a Fulbright English Teaching Assistant in Cote d’Ivoire, she works with English teachers to promote language learning while instilling the importance of girl education through hands-on activities. Per the Bono tribe traditions, her soul name is Akua.

For the collective well being of her family, Esther’s parents migrated from a village in the southern part of Ghana, Nkoranza, to a large urban community in the Bronx, New York in the United States. They came in search of career advancement and academic opportunities for Esther and her siblings. Their efforts were successful in that not only did she understand firsthand the impact of education, she gained curiosity for the first time in her life. The more knowledge and experience she acquired, the more her curiosity about how economic, institutional, and cultural obstacles affected her physical environment grew.

With her undergraduate degree in African history and African religion, Esther aspires to create academic institutions centered on critical thinking, and trauma healing, all while analyzing otherness. As someone who aspires to work in African NGOs that protect and center individual growth and otherness, she aspires to encourage community building among Africans across real and imagined borders, while uniting under infinite cultures, languages, and histories. For her, it is not enough to go out and see the world, but one must bring back new perspectives for the betterment of humanity.

Nasir Abbas Seo commented on Board 2022-10-04 11:25:38 -0700
Home health care services are provided by organizations such as AMS – Aman Medical Service in Rawalpindi and Islamabad. The organization provides different kinds of service depending on what is needed. For more Information see: https://www.amshealth.com.pk/